Sometimes such moments happen, sure, and new piece of software which was wanted by some, is released, so life becomes easier (not for all, yes, but that is just another story anyway). So meet LXHotkey, it’s an utility which let you to have an interface to manage hotkeys (also known as shortcuts), i.e. key combinations which, when pressed, do something with your desktop. This utility isn’t bound to any window manager, nor to some desktop environment, each window manager support and each frontend is implemented as a plugin. In current version 0.1.0 supported window manager is Openbox, and frontends are: command line, and GTK+. To show what it’s like, see screenshots from GTK+ frontend. Main window looks like this: 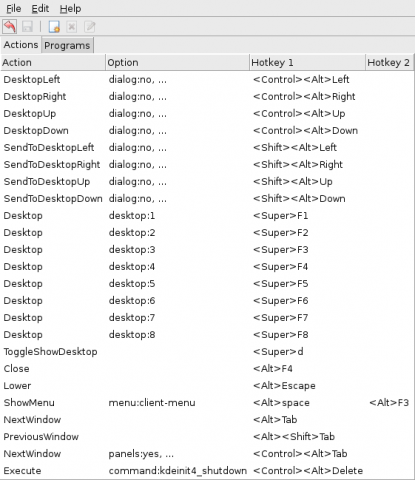 When you’re trying to change some keybinding, or to add some new, you’ll get a window like this: 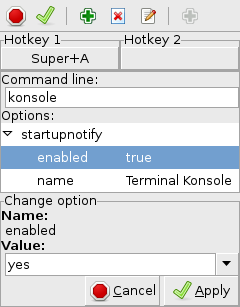